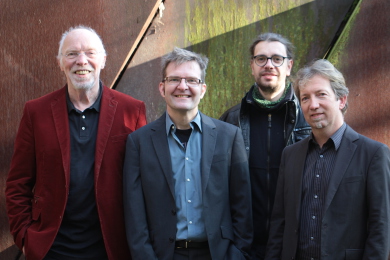 I just reorganized my Band BuschMusic. I have the pleasure to play with some really outstanding musicians which I got to know after moving from Berlin to Bremen/Worpswede. It´ Dirk Piezunka on reeds, Martin Flindt on guitar and Christian "Hille" Hiltawsky on drums. We mostly perform compositions written by me during the last few years but also works from German jewish composers out of the Berlin cabaret scne during the twenties and thirties of the twentieth century, such as Frederick Holland, Paul Abraham, Walter Jurmann, Kurt Weill and others. Teir compositions werde reharmonized and organized into a more contemporary jazz idiom.